Break through the noise with our 3D video animations!

The Rise of 3D Video Animation Services In The USA

Welcome to the era of unlimited possibilities. Technology has redefined our limits, particularly our communication practices. Who would have thought that making drawings move could be a game-changer for businesses? Well, not us, but here you are, curious about 3D custom videos and how they can bring a dramatic shift to your marketing strategies.

Send Me A Proposal

Get in touch with the right person in our team by filling out his form.

At XtremeTechnologies, we have experts that are skilled at video animation: the process where taking real-life 3D objects are shaped into animated and moveable objects. With the combination of stop-motion and CGI, your 3D animation videos will surely hit their goals.

3D animation is the ticket to express emotions and create stories that appeal to everyone regardless of age and gender. The animation is the binding force that brings together people from all walks of life, which was unattainable.

According to studies, the brain processes visuals at a staggering 60,000x faster than the written word. This ultimately leads to a higher retention rate of images and videos people see every day. In essence, if your business were to use 3D animation, you have a higher likelihood of gaining a permanent position in your audiences' minds than all methods combined and hence skyrocketing popularity and sales. Who doesn't want that? 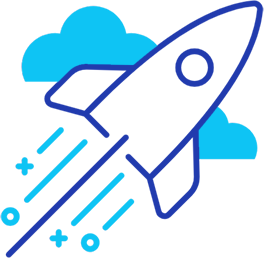 But why 3D animation?

Because this is your chance to walk a less trodden path!

If you follow the same trends as your competitors, then it wouldn't offer you a robust edge. With XtremeTechnologies, you can make a killing with animated videos in the already filled to the brim marketplace.

Call us now to discuss how we can create compelling visuals with an edge!

Why Hire A 3D Video Animation Service For Your Start-up Or Agency?

Launching a start-up can be overwhelming, especially when marketing strategies involve smart planning and forethought. But this is why we are here. If you want a little shove on the success runway, then here's why 3D animation is the only way to do that:

Advantages Of Professional 3d Animation Services In The USA

It may seem that there's never enough to do for promoting a business while other times the efforts go overboard, but with 3D animation campaigns, there's a lot of positive outcomes to be expected within a relatively short time:

It's quite common to wonder what goes on behind the scene to better understand the process. You can discover the magic that our trained team is eager to create for you by following along the below steps involved in animation creation.

The Workflow of 2D Animation

Animation takes intense concentration and skill, making it a complicated process beyond the common person's comprehension. The main steps that follow are Storyboard, Audio, Animatic, and Layout.

Tada! Your 2D animation is created.

The Workflow of 3D Animation

3D animation involves explainer videos along with promotional or introductory, depending on your requirements. Explainer videos can be fantastic tools for showcasing abstract or difficult to describe physical products.

The 3D animation process is quite complex and involves the following steps:

This where all the efforts are compiled and are ready for broadcast if approved.

As experts of CGI, we are aware of the unique requirements that go into producing a 3D video. We know the stakes and the hurdles that may arise with the provided manufacturing or geological data. But rest assured, our professional video artists draft 3D animations within the deadline so that any editing can be done timely. These are exciting times, and we will breathe life into your company messages allowing you to stand apart from your competitors.

Let us manifest your company image into visuals so that you're forever ahead in the market.

Get in touch with us today!

One of a dearest friend suggested me Xtreme Technologies, and my overall experience is satisfactory. They have a competitive team. I love their customer support. My last SEO results shocked me, and I had nowhere to go. Thanks to them for your top-notch services. Highly recommending their advanced SEO tactics and SEO booster funnel.

I was in dire need of social media manager, then Tonny from Xtreme Technologies approached me. He demonstrates his approach during our discussion, and I was very much impressed with his commendable approach. He and his team are well-versed with social media mystery. Their package doesn't break your bank and is quite affordable.

I came in contact with Manuel for my car show's web application. Manuel carefully noted down our requirements and delivered the best possible results. I never knew that I could get such impressive deliverables. Their services exceed my expectation. Excellent work and a competent team! Highly recommending Xtreme Technologies for development.

It's been a pleasure working with Xtreme Technologies. We noticed a return on our investment in a short time frame. We would recommend them to all my colleagues willing to scale up their SEO ranking.

Xtreme Technologies team is a perfect fit for our social media needs. They are quick and efficient. The results were nothing short of amazing.

Our website’s project went off without a hitch, and the resulting site was both visually appealing and functional. For the past three months, our web leads have increased by 100%. Best customer support and exceptional services. Thank you for exceptional and amazing website.

Teaming with Xtreme Technologies proves none can do better than them. The team listened to our objectives and devised a strategy to achieve them while staying within our budget.