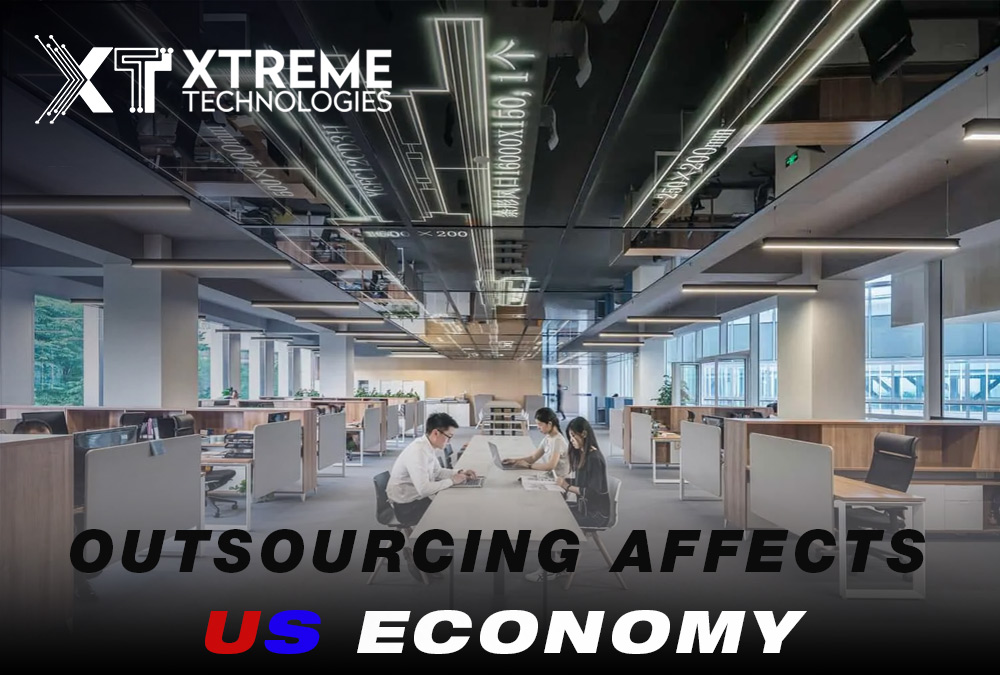 Does Outsourcing Jobs Affect the US Economy in 2022?

Contents hide
Let’s find out how outsourcing job affects the US economy.
1. Technology Outsourcing
2. Human Resources Outsourcing
3. Jobs in China
4. The Rise of the Freelance
5. Lowering the Cost of Goods for Americans
6. India’s attraction to US companies
7. Jobs in Mexico
8. Call Center Outsourcing
9. Low-Paid Workers
10. Increase Salary
11. Robot Worker
12. Global Market
13. NAFTA Job Losses
14. Innovation
Are Foreign Jobs Ever Outsourced to the US?
How Do Foreign Countries Benefit from Outsourcing American Jobs to Them?
What are Some US Companies that Outsource Jobs Overseas?
Final Thoughts

How outsourcing is hurting the US economy is a considerable debate. For those on the political right, this behavior will positively affect the US economy. It saves companies money and opens up business opportunities in America. It increases the chances of most Americans getting good jobs. By the way, outsourcing is very beneficial for American businesses. But some believe that hiring foreign workers has a negative impact on the US economy.

Many Americans lose their jobs, especially lower-income workers, as American workers expect higher pay and choose the types of jobs they take. But by comparison, outsourced jobs often outnumber unemployed Americans. If all those jobs come back, what will employ millions of people? Who are working part-time but will prefer full-time positions.

Keep in mind that outsourced jobs are often low-paying. If businesses in America pay their employees the same wages, the poverty level will increase. The cost of living is the highest in America, so Americans need to earn more money to make ends meet.

Now the bottom line is that jobs can, of course, successfully come back to America. Do the unemployed here have the skills required for these positions? Will American workers be willing to accept lower wages for foreign workers? If not, American consumers will be forced to pay higher prices.

Sometimes the pressure to outsource is so great that some companies have to move their entire operations headquarters abroad. Some companies go out of business because they cannot afford the high costs. 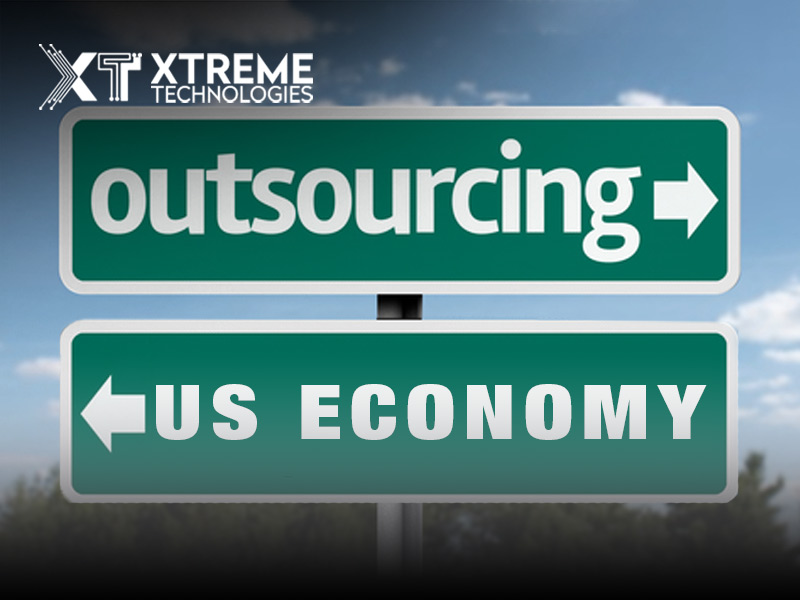 Let's find out how outsourcing job affects the US economy.

Many companies in the United States are outsourcing accounting services to many other countries. US companies send their IT experts to India and China because they have the same best skills but also pay meager wages. Companies in Silicon Valley offer H-1B visas to foreign-born workers and outsource their tech jobs.

As of January 2020, China has become the world's largest exporter. But many of China's so-called "exports" are made for American companies. Many American companies send raw materials to China, and the manufactured goods are returned.

The freelance economy has had an enormous impact, with companies laying off their older workers and replacing them with part-timers, temporary help, and freelance workers. It makes it easier to outsource jobs to workers who are not full-time.

Remote workers' and freelancers' jobs have seen a sharp rise during the pandemic, with many businesses expecting to maintain or even increase their use of freelancers in the future. 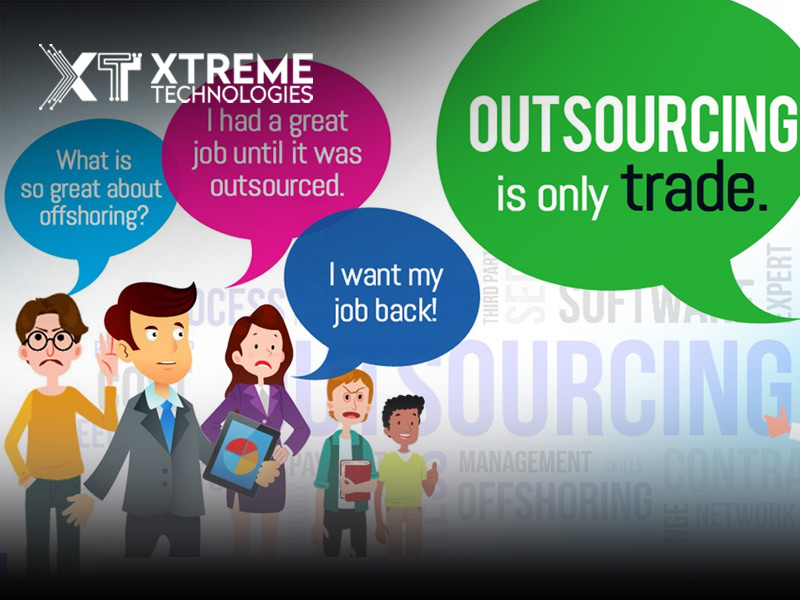 5.     Lowering the Cost of Goods for Americans

Companies know how to save money by outsourcing and passing the savings on to their customers by offering competitively priced products and services. Outsourcing allows Americans to easily access cheaper goods purchased directly from their own companies.

6.     India's attraction to US companies

India attracts American companies. Its labor force can speak the English language very well. In addition, its universities rank in the top 20% of the world, and the country's legal system is similar to that of the US.8.

By September 2021, Mexico has become the sixth largest auto manufacturer in the world. But does this growth come at a cost to American auto workers? Mexico has 13 free trade agreements with 50 different countries.

The US has outsourced many call centers to India and the Philippines for years. The reason for this is the worker's ability to speak English. But now the trend is changing. Unlike technology outsourcing, the wage gap between call center workers in the US and emerging markets remain small.

Companies that outsource save money and increase productivity by improving efficiency. Many American companies pay their employees above average with low overhead costs. Because by outsourcing, they improve their bottom line.

Many manufacturing companies are now using robots to replace workers. If workers want to get these new jobs, they must be trained to operate robots.

Read Also: Top 20 Pros and Cons of Outsourcing from Your Small Business You Should Know

Other countries can also benefit from outsourcing by escaping tough economies and stimulating economic growth abroad. The development of less-developed nations allows them to improve their standard of living and thrive.

The agreement also allows them to participate in the global market and buy US exports. The global market is vital to the economies of several countries that have grown from outsourcing. The outsourcing industry helps countries boost their financial stability, and the US benefits from its investments in exports. It is a win-win situation.

The US relies heavily on imports and must remain part of the global market to continue doing business abroad. Exporting goods to other countries can offset the revenue loss from imports as the US cannot rely solely on domestic sales.

NAFTA was designed to help North America compete with the European Union. Approximately 850,000 jobs were also sent to Mexico as a result. The most affected states were California, New York, Michigan, Texas, and Ohio. Mexico and Canada increased their exports.

The US-Mexico-Canada Agreement, which replaced NAFTA, was renegotiated to change wage and labor laws that went into effect in July 2020.

Americans are excellent and very good at building businesses. By outsourcing, company leaders can think about their next project and implement it. At the same time, their outsourcing provider has options for specific tasks.

Outsourcing allows businesses to expand their offerings and scale. Many American companies have turned their business around after outsourcing. Companies like Apple, based out of California, assemble their electronics in China.

Are Foreign Jobs Ever Outsourced to the US?

US outsourcing has seen more growth than ever before. Given this, many foreign companies are also outsourcing jobs to the US. Some experts think this is called "insourcing." In 2019.14, The United States had more than 8 million jobs and Americans working for foreign companies.

How Do Foreign Countries Benefit from Outsourcing American Jobs to Them?

Some countries have built strong economies based on outsourcing. It has increased investment in these countries and helped outsourced workers improve their living standards. Now, these countries are also becoming an excellent part of the global economy, from which the United States can benefit greatly.

What are Some US Companies that Outsource Jobs Overseas?

Many companies in the US outsource jobs to overseas employees. Such as Apple, IBM, Google, American Express, Pfizer, etc.

Outsourcing also benefits the US significantly. The economy is driven by consumers and businesses that buy goods from foreign countries at lower prices. Keeping prices competitive and maintaining high-quality products increases product demand and sales. 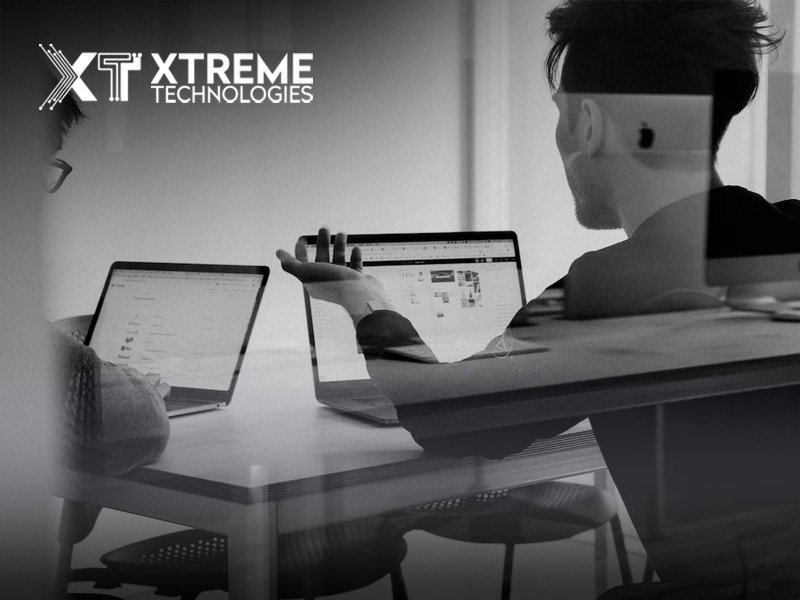 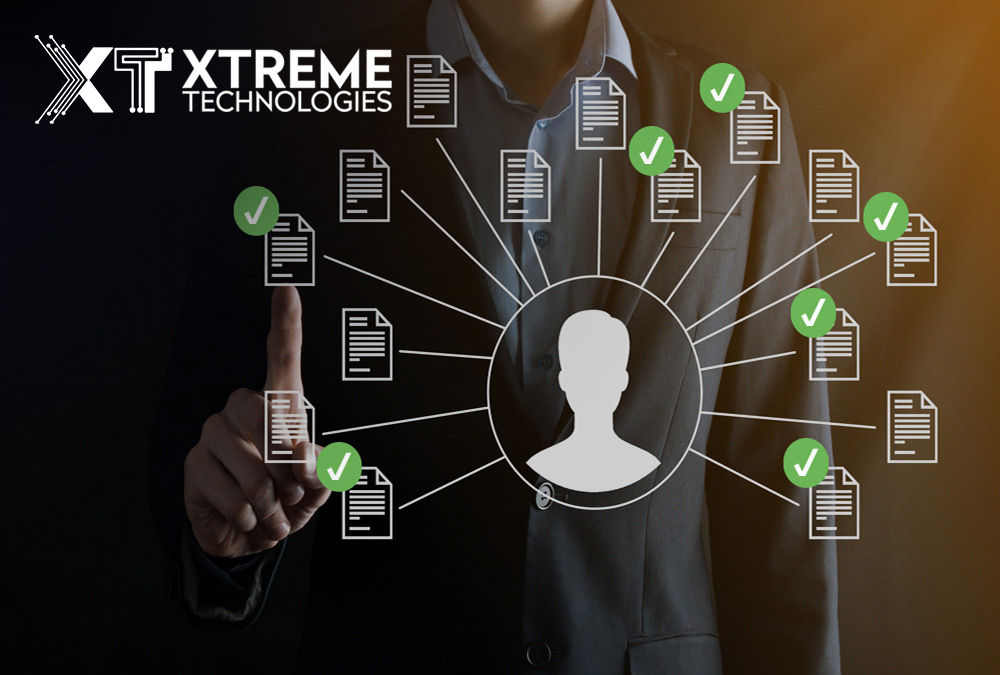 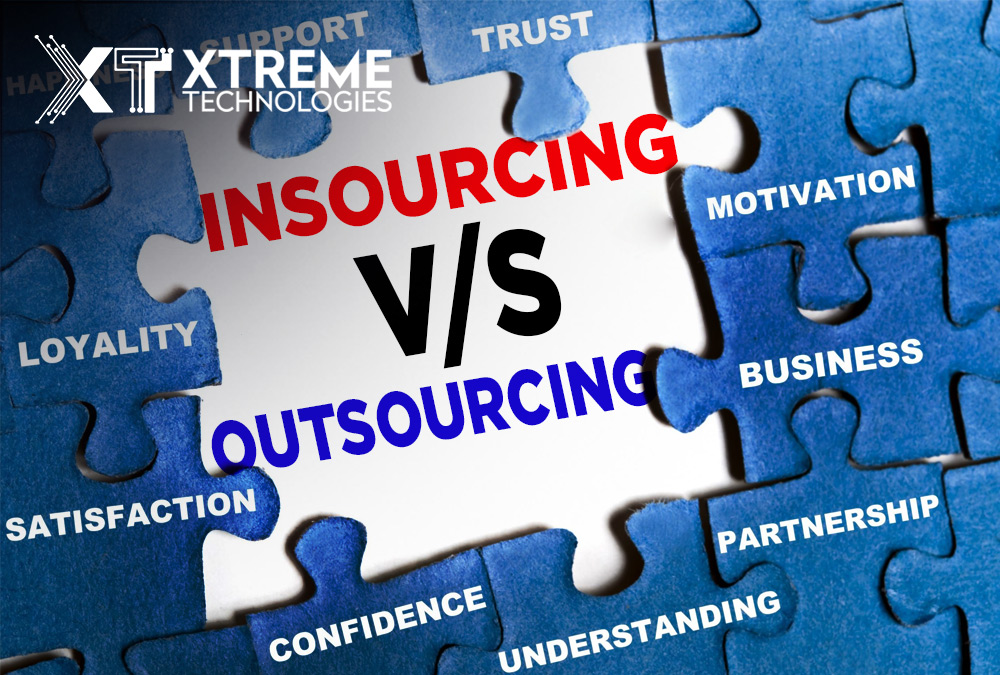 What Should You Choose for Your Organization? Outsourcing vs. Insourcing